Come and make sure your vote counts! 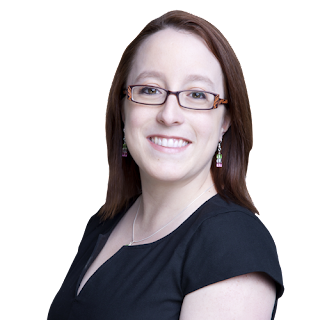 (photo: MP Alexandrine Latendresse, NDP Deputy Critic for Democratic Reform)
I come from frugal stock, learning from grandparents who made it through the Great Depression and parents who raised our family on a single modest income. I hate to see anything wasted, which is the root of my activism, whether environmental (energy inefficiency and pollution are waste issues), social (homelessness means a waste of human potential) or even food (FruitShare rescues local fruit that would otherwise go to waste). Sadly, in our current electoral system, most votes are wasted, and this bothers me deeply.
I’ve worked provincial and federal voting stations, and every time we wrap up, bundles of unused ballots are shredded, representing people who wasted their vote by not using it. Then we count the votes in the box, and all the ones that weren’t for the winning candidate are also effectively wasted, because the wishes of those voters aren’t reflected in government. Even some of the votes for the winning candidate are wasted, because all they need are enough to beat the runner-up by one vote; votes beyond that don’t make the successful candidate more of a winner, or give them stronger legislative powers.
This vote waste has many negative effects. The clearest is how it discourages people from voting at all, and I understand why they feel that way. No candidate I have ever voted for at the provincial or federal level has won, so I know it is also discouraging for many who do vote. Not seeing your choice reflected in government alienates you from our leaders and discourages public engagement.
Yet it need not be this way. Just about every democracy that has come into existence over the past century includes aspects of proportionality, which means every vote does count, and many views are reflected in lawmaking. The only holdouts are a few countries who became democratic in the horse-and-buggy, carrier-pigeon, leeches-for-whatever-ails-you days. And for some reason, although we’ve transformed our transportation, communication, and medical systems since then, we seem frozen at the best democracy the 18th century can offer. Can’t we do better, and move into the modern world, where citizen engagement begins at the ballot box and carries into government, with all significant views having a real voice?
September 27 - 29th, Canadians will be meeting near Orillia to address this question head-on. Hosted by some members of the NDP, Liberal, and Green Party associations of Simcoe North, Make Every Vote Count 2015 will feature keynote speakers including Green Party leader Elizabeth May, Liberal Party business critic Joyce Murray, and NDP democratic reform critic Alexandrine Latendresse.
You can be part of this conversation, too! Organizers hope the conference will bring a burst of new energy and creative, collaborative thinking to the electoral reform movement across Canada. Participants of all political colours (or none) are invited to hear the Friday presentations, take part in Saturday’s Open Space discussions, or help craft Sunday’s action plan. Online registration is available at MakeEveryVoteCount2015.org.


Published as my Root Issues column in the Barrie Examiner as "Conference vows to boost faith in voting system"
Erich Jacoby-Hawkins is a director of Living Green and the Robert Schalkenbach Foundation.
Posted by Erich the Green at 6:22 PM